Learn what to expect in a physician employment contract—and find out about few details you might not have known to look for. 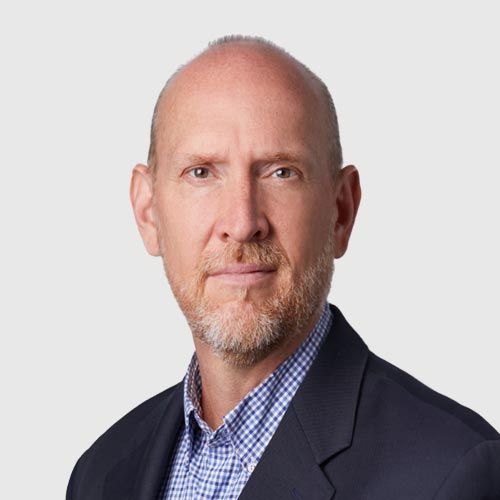 When it comes to physician employment contracts, Westlind says you can expect to see a few basic components.

These are the contract basics, like start date and end date. Within these terms, you will also find details on your contract’s renewal. Physician contracts are often set to renew automatically.

Westlind says to review renewal details carefully, as they may include information about compensation changes. For example — though more common for new physicians — some contract renewals include a change from a regular “ramp up” salary to a production-based compensation plan.

Your contract will also include details about how you will get paid [Link to compensation article]. It should describe your employer’s compensation system and how it works. Your contract should leave you with an understanding of what’s expected of you with regard to earning your pay. For example, your pay may be based on the number of work relative value units (wRVUs) [Link to wRVU article] you produce.

3. Provisions and Prerequisites of Employment

Most physician contracts spell out the specific requirements expected of you as a condition of your employment. These may include timely receipt of a medical license within the state where you will practice, confirmation of admitting privileges within associated hospitals and validation of your good standing with the state medical board. “These are the targets you have to hit before you even begin your employment,” says Westlind, adding that contract prerequisites (like medical licensure) will include dates by which you must show proof of completion. “These dates may be up for negotiation based on your situation.”

Every employer is unique, with their own organizational standards. Employment contracts may not list these standards in detail but will likely include language holding you to corporate policies, handbooks or bylaws. Westlind suggests you request and review copies of all referenced documents to which you will be held accountable.

Most physician employment contracts will specify the type of malpractice coverage they offer, including details on coverage limits and the statute of limitations for any malpractice claims.

“It should be a red flag for you if malpractice insurance is not included with your contract,” says Westlind. “You should expect your employer to pay for base coverage that matches coverage limits common for your area of practice. You can always buy excess coverage beyond what your employer agrees to pay for.”

It’s important for you to know what happens if your employment ends — whether by your choosing or by your employer’s.

No-cause contract terminations generally include a 3 to 6 month notice period to allow you time to look for another opportunity. If you choose to terminate your contract, you can expect your employer to want a similar notice period, says Westlind. “This gives your employer the time they need to fill your position.”

Beyond the Contract Basics

Once you’ve reviewed the basics of your contract, you’ll want to take a closer look at some of the details that could impact you as an employee, or even after your employment ends.

Many employers will offer loan forgiveness, moving expenses or sign-on bonuses. While these can be great incentives, they often come with strings attached.

“Employment incentives are often tied to a required amount of service time,” says Westlind. “For example, a sign-on bonus might have to be repaid if you end your contract early. This obviously helps employers to recruit and retain talent, but you should understand all of the conditions tied to what might first appear to be ‘free money.’”

When weighing incentives and their associated conditions, you’ll want to consider the following:

Non-Competes and Other Restrictive Covenants

It’s not uncommon for physicians to change jobs. Employers will try to protect themselves from this job-hopping by including non-solicitation policies and non-compete clauses in their employment contracts. Both are considered restrictive covenants — contractual clauses that prevent you from doing something you’d otherwise have a right to do.

A non-solicitation policy puts limits on how you can contact patients if you end your employment contract. A non-compete clause prevents you from leaving and practicing for a competitor.

While restrictive language is not uncommon within a physician employment contract — and well within the rights of an employer — it’s especially important that you understand what your employer’s non-compete clause says. Non-compete language should be clear about 3 things:

“If you decide you love a city, want to work there and never want to leave, a non-compete clause can be really restrictive,” says Westlind.

“Don’t make the mistake of assuming you can thumb your nose at this part of your contract. Understand it completely so you can make the best and most informed decision about your employment offer.”

Other restrictive covenants may include:

It’s becoming more common for physician employers to require their providers to seek board certification or professional society membership. In some cases, these requirements are built into employment contracts with enforceable deadlines.

Physicians with research duties may also find their contracts require them to produce a certain number of publications or generate a specific amount of research funding support.

“These special requirements might not be important to you personally, but they may be important for your employer,” says Westlind. “And more and more, employers are willing to enforce these requirements. Review your contract closely so you aren’t taken by surprise.”

Negotiating: When to Stand Firm and When to Flex

Most contracts have room for some flexibility and negotiation. But, Westlind cautions, new physicians should consider what’s worth negotiating vs. when haggling over nuances gets you started on the wrong foot.

“Most employers, especially when hiring residents, are very reluctant to give sweetheart deals,” says Westlind.

“Where you may have power to negotiate are things like start dates, vacation time, moving expenses and starting bonuses — especially if you have a unique skillset.”

What to Get in Writing

Beyond what’s offered in your contract, there may be other things you’ll want to get in writing during your recruitment process.

“If your potential employer makes promises that persuade you to accept their employment offer, get those things in writing,” says Westlind. “This could include a specific piece of equipment they plan to buy for you or agreed-upon medical assistant support. An email works just fine and can be printed and attached to your contract document.”

When to Seek Help

Physician employment contracts shouldn’t be large, book-like documents — most will be 5 to 10 pages long and fairly easy to read. But there are times where seeking legal advice is helpful or could give you peace of mind.

“Large health systems often use the same contract for hundreds or thousands of physicians,” says Westlind, “so chances are, you are safe to save your money and review and sign the contract on your own. But if there is contract language you don’t understand, or if you want to discuss how you might negotiate a particular section, then a few hours with an attorney might be a good investment.”

Get Support From Our Team

Connect With An Advisor
EmailTweetShareLinkedIn

5 Ways to Ensure You’re Getting a Fair Offer